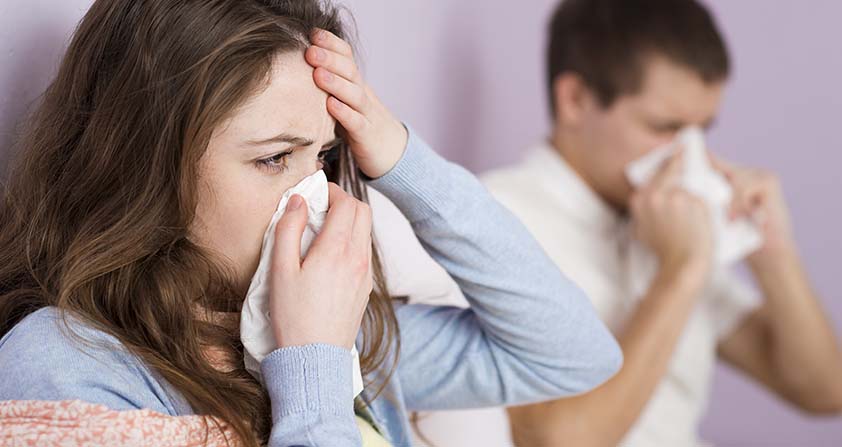 Numb or Cold Fingers and Toes? It Could be Raynaud’s

Raynaud’s disease causes some areas of the body — such as fingers and toes — to feel numb and cold in response to cold temperatures or stress. It can also affect other areas, such as the nose, lips, ears and even nipples. In Raynaud’s disease, smaller arteries that supply blood to skin narrow, limiting blood circulation to affected areas (vasospasm). Affected areas turn from white to blue and as the blood returns, they flush red. After warming, it can take 15 minutes for normal blood flow to return to the area.

Raynaud’s disease affects 5 to 10 percent of Americans, but only 1 in 10 of those with symptoms seek treatment. Females are about nine times more likely to be affected than males.

Secondary Raynaud’s, also called Raynaud’s phenomenon (RP), is caused by an underlying problem such as autoimmune disease, lupus, rheumatoid arthritis, or Sjogren’s syndrome. Some of these diseases reduce blood flow to the fingers and toes by causing the blood vessel walls to thicken and the vessels to constrict too easily. Although secondary Raynaud’s is less common than the primary form, it tends to be more serious. Signs and symptoms of secondary Raynaud’s usually appear around age 40, later than for primary Raynaud’s.

Secondary RP is often refractory to standard therapies and is a therapeutic challenge. A small prospective study of patients with secondary RP associated with connective tissue disease found that compounded 5% sildenafil cream improved arterial blood flow to the fingers, which suggested that the blood vessels were dilated by the medication.

By prescription, our compounding pharmacy can prepare medications as topical creams and gels that are not commercially available. Your questions are welcome.